I work hard so my dog can have a better life.

Today is the 15th birthday of my sweet puppy, Oliver. Like most pets, he’s been a constant companion, loyal co-worker, and a trustworthy friend and confidant. He’s worked alongside me, sleeping on my desk under the window. We’ve comforted one another when we’ve both been lonely and sad. We’ve celebrated our birthdays together with joy and glee. And we’ve been by each other’s side (literally) in sickness and health. I’ve enjoyed each and every day! And on those rare occasions when he tries my patience, well, I just look at him and say, “It’s a good thing you’re so cute!” He just looks right back at me, smiles, and wags his tail.

Oliver is a bichon frise, and according to the American Kennel Club, they stand among the world’s great “personality dogs.” No truer words to describe him. As a youngster, he always loved to the be the center of attention, running “flurries” whenever possible, greeting friends and neighbors. He especially enjoyed a good conversation with others and wouldn’t be shy to jump up to where you were sitting so he could be closer to the discussion. I swear he knew what was being said by how he cocked his head at just the right times. Now that he’s a senior, his hearing and eyesight are failing. He’s more cranky and prefers more personal “alone” time for his precious and frequent naps. Ah, the aches and pains of life as we get older. 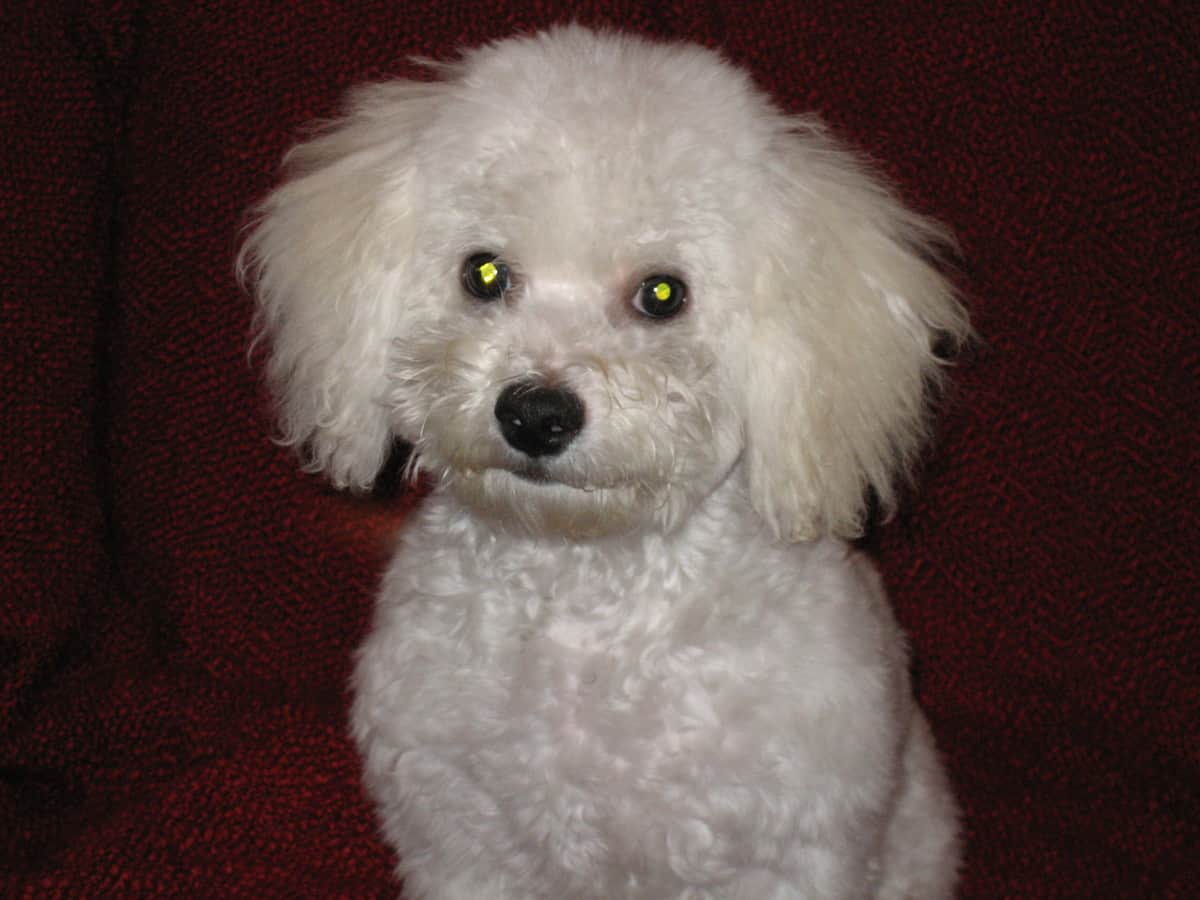 At one time, I worked at a 5-star, 5-diamond hotel property in Southern California, and believe it or not, there were some neighbors who would take their dogs on a nightly jaunt through the neighborhood, which included frequent forays in our elegant ballroom corridors. One such lady had a male bichon, and since Oliver was a new family member, conversation was natural. She gave me all of the lovely ins and outs of owning a bichon: how to cook for one, how to “train” one, and how to love and exercise one. It wasn’t long after that, a doggie psychologist appeared on the doorstep to evaluate and assist in Oliver’s training to “water the grass” in the wild. And yes, doggie recipe books began to infiltrate my kitchen. Alas, I digress…momentarily. But, hold that thought! 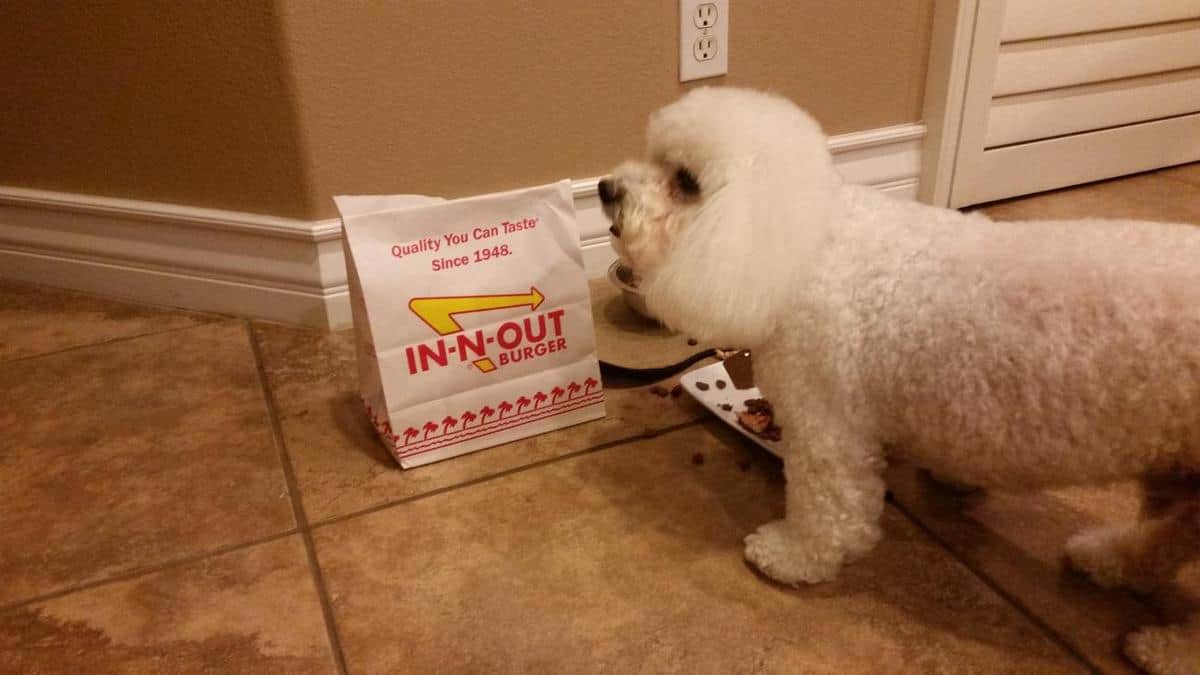 Oliver has always been unique in never having a normal dining schedule. He didn’t adhere to the three meals a day at three months, and never honored the tried and true dog religion of two meals a day when he reached adulthood.  Some days, it’s once a day and others it’s twice. Maybe it’s at 8AM, while other days his appetite bark shouts at me at 3AM. I just never know, and fortunately he has a patient mother in me.

From the time he was one year old, he developed a lot of allergy sensitivities—not an uncommon trait of this breed. We took him to a dog dermatologist who, for a tidy sum, told us he tested positive for 24 different allergies, including grass. Just exactly how does one circumvent a dog’s natural navigation on his sanctimonious grassy playground? 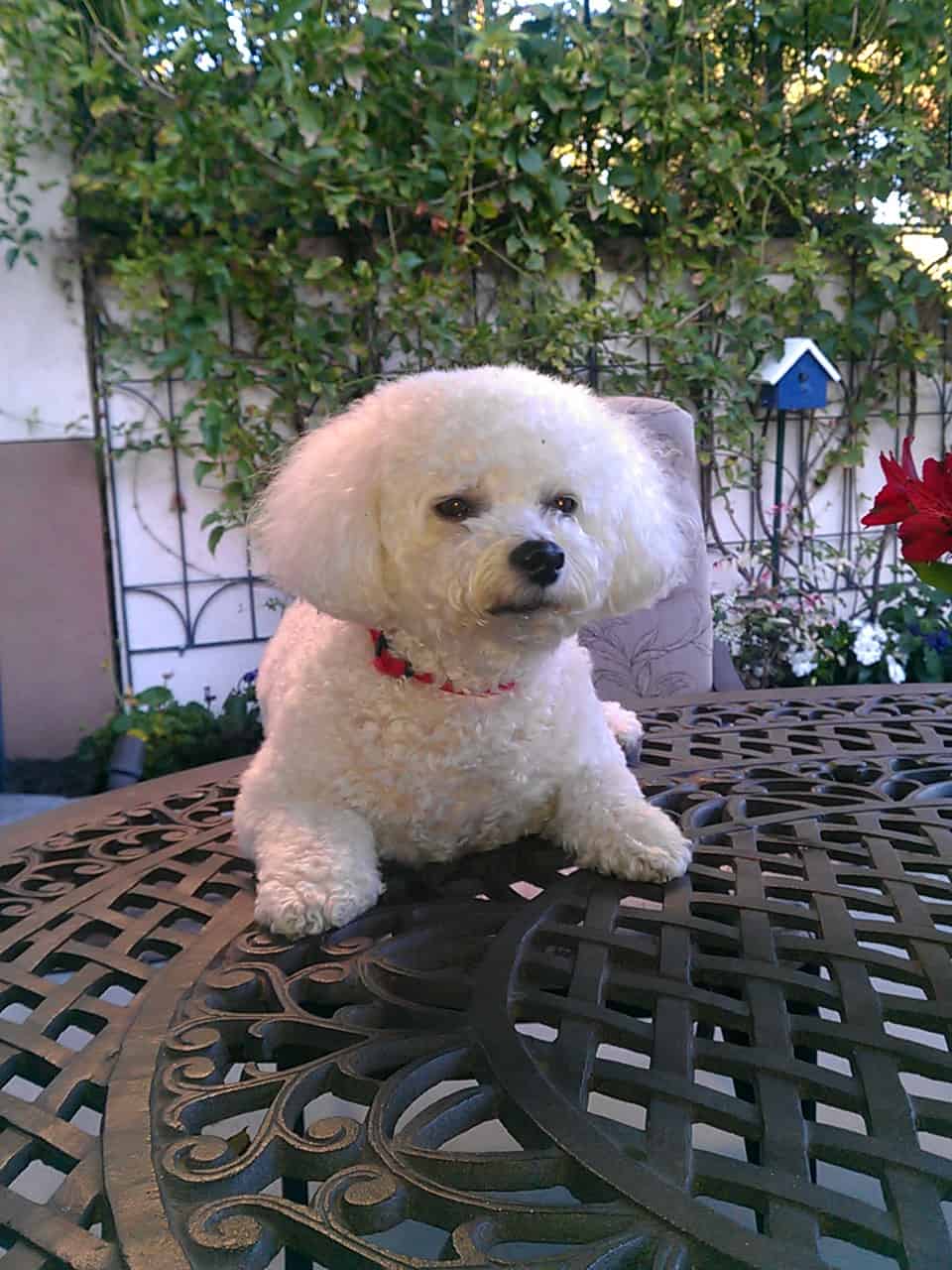 So, since the dermatologist couldn’t actually determine what he might be allergic to food-wise, he advised we “start over,” eliminate everything he’s ever eaten. He was now on a strict diet of quinoa, sweet potato, duck, buffalo, and quail. Coincidentally, a new Whole Foods had just opened up nearby, so we drove over, and $200 later, our pantry and freezer were more stocked with Oliver’s diet essentials than our own. And so it began—my quest to keep him healthy and happy.

It’s no secret that I love to cook and try out new recipes. Well, that evolved into trying out new recipes for Oliver, too! Just like any regular diner, some fancy concoctions were hit and miss. I could make him roast duck breast and sweet potatoes, and he’d turn up his nose, even after 12 hours of not eating. I mean, what “normal” dog does that? I told you he was unique. 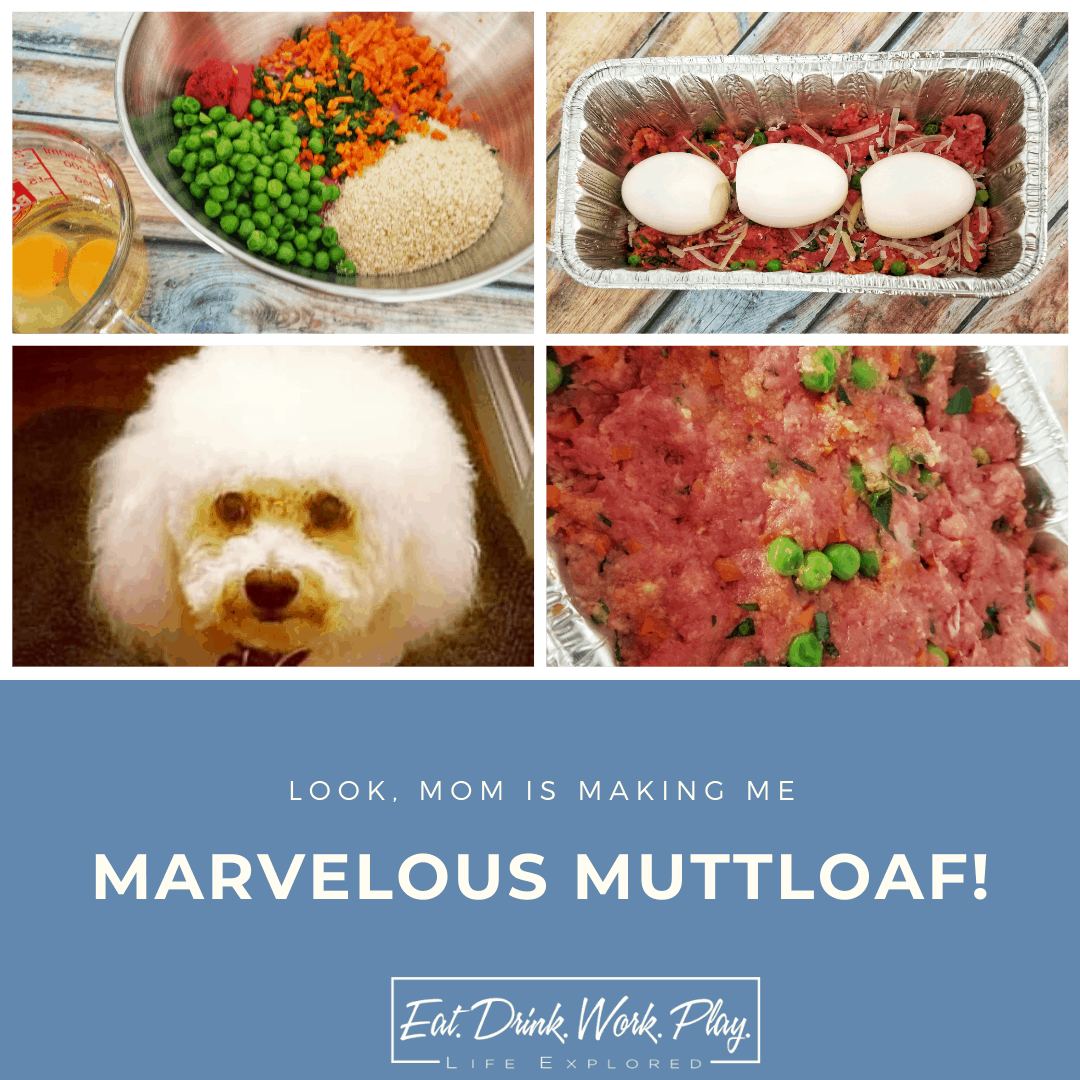 One recipe I found that he did love and enjoy was this “Marvelous Muttloaf” made with ground bison. When I make it, it’s the one thing Oliver will gobble right up every time, especially when it’s straight from the oven. If I was uncertain whether I had a four-legged gourmet monster on my hands before, I knew from that point on.

Not every meal is as grand. However, from the time he’s been nearly two, he’s had one form of home-cooked meal or another. These days, his staple diet is lean ground beef, jasmine rice, and gluten-free dry food.

In celebration of his birthday, I made him a muttloaf, which he promptly gobbled down like a good boy! He may not be celebrating as grandly as the year, when he entertained and held court with fourteen friends. Yes, that’s right! There were FOURTEEN four-legged friends, plus their parents, on the patio. And everyone sang “Happy Birthday.” This year, rather, Oliver’s birthday was spent with intermittent sunbaths on the concrete driveway, a healthy muttloaf indulgence, a few extra treats, and many long and luxurious naps, resting his head on clean sheets. Any one of us would have enjoyed this kind of day too! (Minus the muttloaf, maybe.) 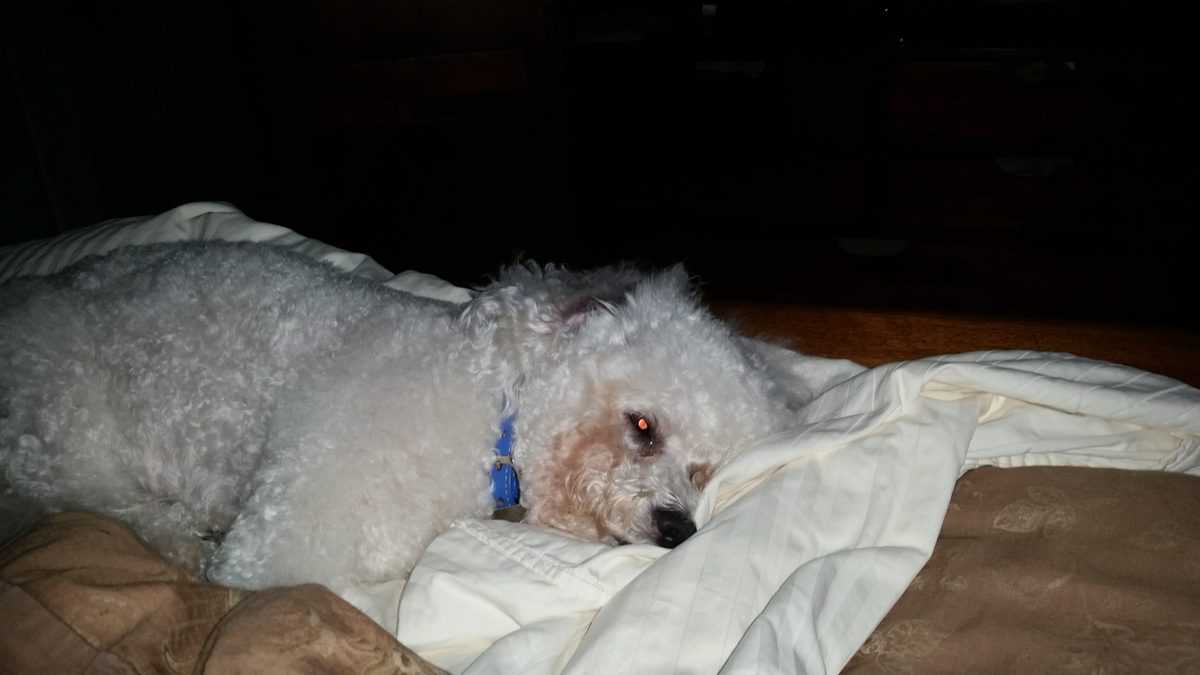 At age 15, and still going strong, I have no regrets about the time and attention and love he’s been given. His appetite has not waned. He drinks more water than his mother. His exercise is limited to smaller patches of grass just outside the front door, rather than the fairway of the second hole where he raced in his formative years. He still is healthy and happy, and while his “flurries” have slowed up a bit, his smile while attempting them is still as grand as it was when he was a puppy. 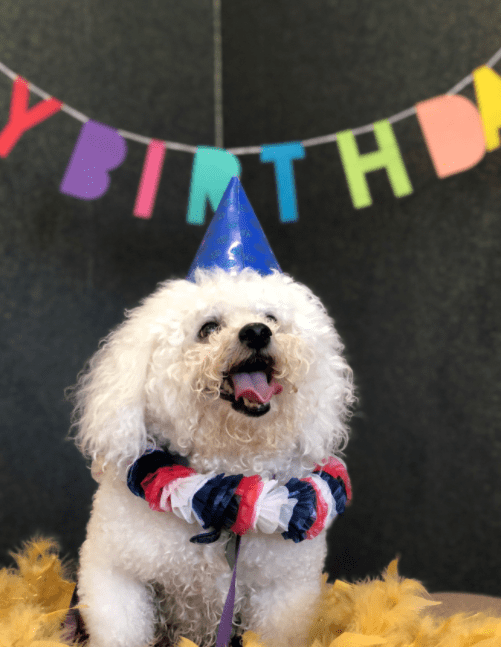 [And a special thank you to Laura at Blue Ribbon Pet Grooming for 14+ years of weekly grooming, and Danny and the crew at Paw Sweet Paw for extra special care of Oliver while I was away on business travel.]

Hi! I'm Luanna
I love to Eat, Drink, Work and Play. Welcome to my world!